The Irish Museum of Modern Art is hosting a variety of exhibitions and talks starting now and into September and October. 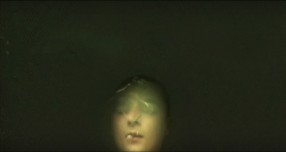 Created in Dublin while Sam Jury was in residency at IMMA, All Things Being Equal is a film which explores an intimate event, depicting the repetitive movements of a figure in confinement, beleaguered by water.

El Lissitzky: The Artist and the State, Opens 30 July – 18 October

El Lissitzky: The Artist and the State brings to Ireland for the first time an extraordinary body of El Lissitzky works generously lent to IMMA by the Van Abbemuseum, Eindhoven, The Netherlands, shown alongside archival material related to Alice Milligan and Maud Gonne’s theatrical tableaux, and newly commissioned and recent works by Rossella Biscotti (Italy 1978), Núria Güell (Spain 1981), Sarah Pierce (USA 1968) and Hito Steyerl (Germany 1966). There is a gallery discussion on opening day – details below.

Poet, artist and writer Etel Adnan was born in 1925 in Beirut and currently lives between California and Paris. Adnan studied literature at the Sorbonne, Paris, and philosophy at U.C Berkeley and Harvard. In 1984, she worked with Robert Wilson on his opera CIVILwarS and has exhibited internationally. Her recent publications include Master of the Eclipse (2009), Seasons(2008), In the Heart of the Heart of Another Country (2005), and In/somnia (2002). 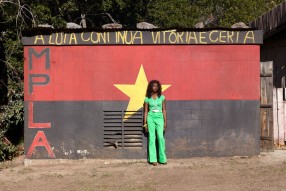 We are delighted to present this major exhibition presented in collaboration with Kunsthaus Munich and Musée d'Art Contemporain de Nîmes. The exhibition focuses on Douglas’s recent photography, including the critically acclaimed series, Malabar People, Mid Century Studio andDisco Angola. The exhibition will include his major new film work Luanda Kinshasa.

Join IMMA25 in a fun exploration of the versatile medium of print-making. We'll be bringing you a mini-workshop for you to try your hand at some dry point and screen printing with artist Jen Bowens. This workshop is for youth aged 18-25 only.