The 2017-18 Premier League season is less than a month away and for the second year in a row Rafa Benitez and his Newcastle United team are spending some of their pre-season in Dublin.

The Magpies are back in the top flight after winning the Championship in spectacular style and there is plenty of expectation of a continued Rafalution on Tyneside.

As part of their pre-season activities Rafa Benitez and five of his star players  Jamaal Lascelles, Isaac Hayden, Dwight Gayle, Jonjo Shelvey and Irish international Ciaran Clark were all in attendance in the impressive Sports Direct on North Earl Street.

There were lines of Irish based Newcastle fans queuing to get their Newcastle jerseys, footballs and memorabilia signed by Rafa and the players. A hundred lucky fans had the chance to get up close and personal with their footballing heroes  as manager Rafa Benitez and five of his star players took a break from their pre-season training camp to officially launch the team’s third kit at the North Earl Street megastore. 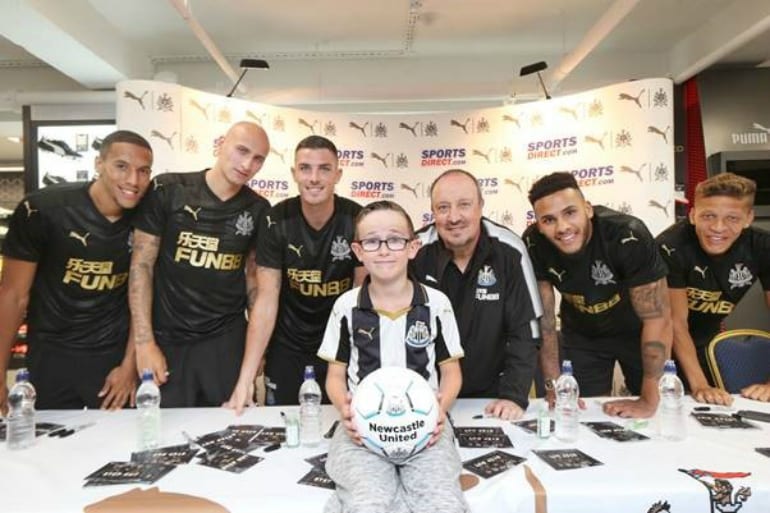 The new 32,000 sq foot megastore on North Earl Street we have a whole floor dedicated to football and is sure to meet all the needs of any Irish sports fanatic.

The visit from the Geordie stars was the latest in a number of exciting VIP events at the new Sports Direct megastore which has transformed Dublin’s retail landscape since it was opened in May. It offers six floors of the latest sportswear and equipment and stocks 50,000 leading products from such A-List brands like Nike, Adidas, Under Armour, Puma, Karrimor, O’Neills and USA Pro – covering sports from GAA to soccer, running to swimming. Keep an eye on DublinTown for news about any upcoming in-store events.

Sportswear – What’s In and Where to Find It

Get Your Fleek On with Monthly Manicure Subscriptions at CHIPPED