s Winner Design at the Young Designer of the Year 2015 ​

Winner Design at the Young Designer of the Year 2015

Written by Daniel Fortes on September 11, 2015. Posted in Fashion Festival Young Designer Of The Year

On Wednesday evening the iconic Dublin Landmark of Bank of Ireland’s headquarters at College Green was transformed into a style haven as hundreds of the city’s best dressed turned out to watch a showcase of young Irish fashion talent.

With the showcase of Irish Young Designer of the Year and the Canon Young Fashion Photographer of the Year. Guests at Wednesday’s event were treated to a design extravaganza as the crème de la crème of Ireland’s young designers showcased their vision for fashion and competed for the coveted title of Young Designer of the Year. Hosted by two of Ireland’s leading designers, commentators and stylists, Sonya Lennon and Brendan Courtney of Lennon Courtney, Dublin Fashion Festival and the esteemed judging panel were proud to crown Katie Donohoe from Griffith College as the winner of this year’s coveted title. 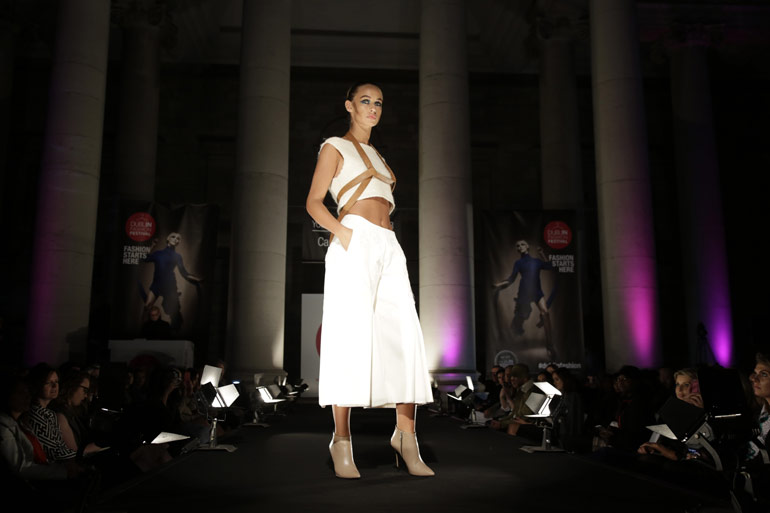 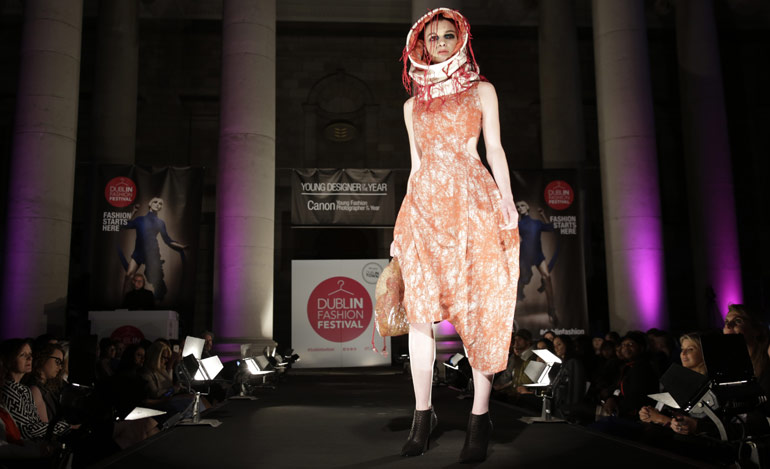 Also announced on the night was the Canon Young Photographer of the Year Competition winner. A new element to the festival this year, the Canon Young Fashion Photographer of the Year competition searched for the hottest newcomer in fashion photographer in Ireland today and unveiled Lisa Griffin as the winner last night. Lisa will receive €500 worth of Canon products and a money can’t buy experience at London Fashion Weekend this September. She will be flown to London courtesy of Canon Ireland where they will have the chance to photograph a fashion show featuring some of the best known labels and models in the fashion industry.

Ladies and Gentleman Please Welcome to the Stage, Eamonn McGill