Written by Daniel Fortes on August 20, 2015. Posted in Fashion

Conor Merriman is a young fashion illustrator who battled his way into the fashion industry while still in college. We had a lovely chat with him previously at the launch of Dublin Fashion Festival 2015 to discover about this brilliant mind behind a promising young career.

About to start his final year of Visual Communication this coming September at NCAD, Conor Merriman bounces between college and his career as a fashion illustrator. For the past year he has been working with graphic design and brand identities along with lifestyle and fashion illustrations. His interest in illustration comes from a very young age and he says that every photo of him as a child has a pencil in his hand. At the age of 10 he realised after going to a RTE show with Don Conroy that he could in fact pursue a career as a professional illustrator.

Conor has always flirted with fashion as a passion of his own and during his first year in college he decided to focus on fashion illustration. He discovered that making garments was not for him so Conor decided then to incorporate fashion into his talent of drawing people. Merging the two was the kick he needed to start working for various magazines, creating designs for events, collections and anything that was currently in the media. Conor has collaborated with MFI, Social & Personal Magazine and renowned brands such as Tommy Hilfiger and H&M.

We asked him what inspires him most when he draws, to which he replied;

Everything! Dublin City, the people around me, nature, shapes… the list goes on! I think that, as an artist, you constantly pluck inspiration from all around you without realising. For my artwork, not only am I inspired from my surroundings but other artists, designers and photographers have aided in my process and helped me find my own style.

Conor ‘s illustrations from the Dublin Fashion Festival launch, is a prime example of how he uses his surroundings as inspirations for his drawings. This piece below featuring the stunning Kymaïa dress which he feels was the highlight piece of the show. 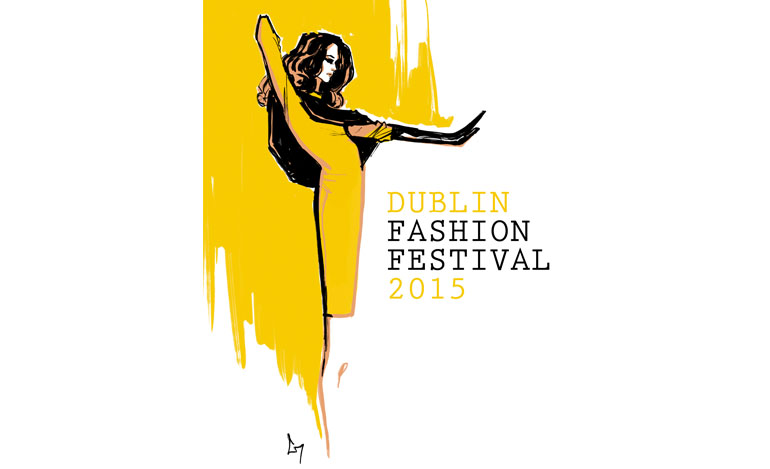 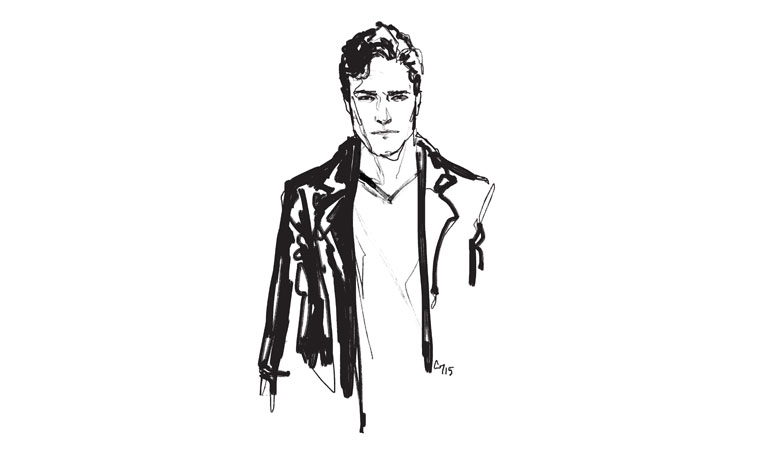