Number 16 Moore Street is a traditional red-brick building most known for being the historical building that the 1916 rebels spent their final hours before surrender.

This moment of history is commemorated by the plaque reading ‘The Easter Rising 1916’.

After the shelling of the GPO, the leaders retreated to Moore Street where they entered number five – Dunne’s Butchers – and began tunneling from one house to another until they reached number 16 – a poultry shop named Plunkets. After plans emerged to demolish the terrace, numbers 14-17 Moore Street were rightly declared a national monument in 2007, guaranteeing their retention. 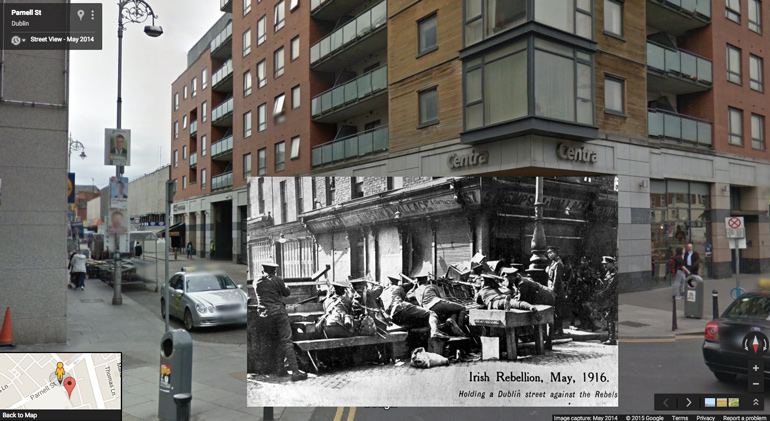 In 2005, The Save 16 Committee  was formed with the specific aim of protecting, restoring and preserving No.16 Moore Street in its context as an appropriate memorial to the events and people associated with the end of the 1916 Rising.